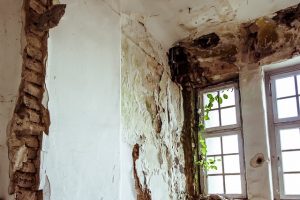 What if a person feels horrible all the time? They have brain fog, sore muscles, migraines, pain, fatigue, short-term memory loss, etc. Then they go to their doctor and all of their tests are absolutely normal. Then they go to a holistic doctor who looks for autoimmune antibodies and everything else under the sun and still there is nothing. The only things to note were a couple high markers for inflammation telling the patient what he or she already knew. That’s frustrating.

Well, the cause could, be or could have been mold. Mold exposure in a water damaged home can be the cause of systemic inflammation. Most of the time, the residence had some type of water damage. However, sometimes mold can sneak up behind bathtubs, above ceiling tiles in bathrooms, and behind dishwashers that have unknown leaks. And some people are more susceptible than others. One person might work in an office building that had water damage and is moldy but feel fine. Another might just get headaches. Another might get fibromyalgia, headaches, fatigue, and other horrible problems. Whether it’s a huge problem or headaches while at work, the problem might be coming from mold exposure.

For most people, the answer can be getting out of the exposure which is not always an easy task.

However, some people cannot get rid of their symptoms just by removing the exposure.

20% of people in the United States, if they are exposed to mold or anything else that is largely inflammatory, will get what is called Chronic Inflammatory Response Syndrome (CIRS). For a long time, Science thought that inflammation was a process that would just peter out over time. We now know that inflammation has to be actively turned off through a mechanism in the body.

Obviously,  if you have lived in a house or worked in a building that had water damage then you could have or have had a mold exposure causing your problem. Another huge sign that there may be a mold exposure is if the person gets much better when they go on vacation. If any of this is sounding familiar, make sure you are working with a practitioner who understands what we’re talking about. There are definitely lifestyle tactics to take if you are in a moldy environment that is causing problems with your health. Make sure your health practitioner understands this as well.