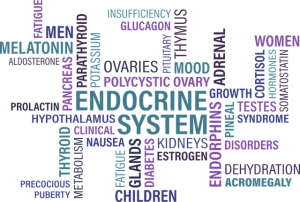 In most of the world, if someone gets a thyroid disease then it is because they haven’t gotten enough iodine. This is not the case at all with people in the United States. In the US, 90% of the thyroiditis comes from an autoimmune disease cause Hashimoto’s. The body’s own immune system is confusing the thyroid tissue with invaders and is attacking it in an effort to defend itself.

The thyroid can be one of the most frustrating organs for patients and practitioners alike. The thyroid controls metabolism and energy in many ways throughout the body. People having trouble with their thyroid may have an inability to lose weight, sluggishness, fatigue, depression, and an inability to tolerate temperature changes.

The most frustrating part of the thyroid is that sometimes, someone can be having a problem but their main thyroid testing looks like it is normal. So the person is told they have no problem with their thyroid even though the thyroid is abnormal enough to make them feel bad. This can happen for a couple of reasons.

The first reason that someone’s testing can look good but it is still not good enough for THEIR body. The truth is that the ‘normal range’ system is based on averages. It’s possible that if your thyroid level is within a normal range, but you feel bad then that might not be the normal range for YOU. You might need something more or less than that level. The other thing to remember is that ‘normal range’ is based on an overly sick population in the United States. Over 75% of the United States is overweight. This has become “normal” but it is not healthy or ideal. The leading cause of death in the US is heart disease and the fifth is a stroke. This has become “normal” but that doesn’t mean that it’s acceptable. The same applies to ‘normal range’ testing. It might be normal but it may not be healthy or acceptable for that individual.

The second reason is that most people only have one aspect of their thyroid tested. Many people only have their TSH, or thyroid stimulating hormone, measured. This is not enough of the picture for some people. Some people can have a normal TSH but they are feeling bad and their T3, which is the active working hormone, is low. Some people have enough of the inactive hormone, T4 which means that their thyroid is working. But then their T4 is not turning over into T3. Or theT3 is totally normal but the receptor isn’t picking it up because there are antibodies attacking it. ANY of these things can be the problem. And regular testing of the thyroid that doesn’t include antibodies and all of the other markers isn’t going to necessarily pick up all of the information.

Since 90% of thyroid problems in the United States are caused by an autoimmune condition, it makes sense that regular testing for the thyroid in the United States should include autoimmune antibody testing. But often times antibodies are not included in normal testing. If someone has a low thyroid and it is because their thyroid gland is being attacked by antibodies, then giving them Synthroid is only taking care of the symptoms and not taking care of the cause.

If you’re feeling bad and your testing is ‘normal’ then you might still have a thyroid issue. If you are being treated but you find that over time your medication has to be continuously increased, then medication deficiency may not be the cause. Either way, make sure you’re working with someone who understands how to test for the thyroid and can recognize WHICH thing is actually causing your thyroid problem. 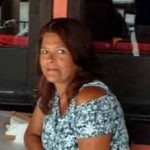